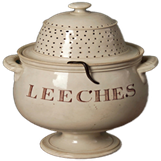 At BCF we thought it could be nice to let our users leave their trace everywhere to allow them getting more rewards. A simple “like” may be enough, but… Why not get a bit of economic love?

On the other hand: you, as a website owner, want to monetize your contents as more as possible, and sometimes you have to struggle against spammers who don’t want to give nothing in return for posting referral links on your comments systems. So, Why not letting them do it but having you a cut of their profit?

Both reasons have enough weight to just let them fall on others’ hands. So we decided to give control to both users and website owners on our network.

Basically, every button is a potential leech, since you can deploy it on every website that allows it. But since buttons belonging to registered websites (with us) have a face (the website), the buttons made into the “Piggy Bank” are the de-facto leeches we talk about.

The Piggy Bank is universal, and it is not customizable because the hosts make the call upon them.

But, as mentioned on the “Websites” section, you can limit how the leeches look in your website, so they don’t wreak havoc with fancy colors or designs.

As for the Piggy Bank buttons, only appearance and coin settings are allowed on the leeches. No entry data can be set, no referral codes, no target overriding. No premium settings either.

Buttons coming from the Piggy Bank are simple and they cannot be pushed further. But buttons from standard websites can be used as leeches! They will suffer the appearance restriction, but advanced settings can be set on them.

The main difference between a button from the Piggy Bank and a button from a standard website lies in how it is identified: Piggy Bank leeches belong to a person that may not have the resources to host a website and they want to build it, and website leeches are backed by their owner, which is also present on our Supported Websites list.

How do they look 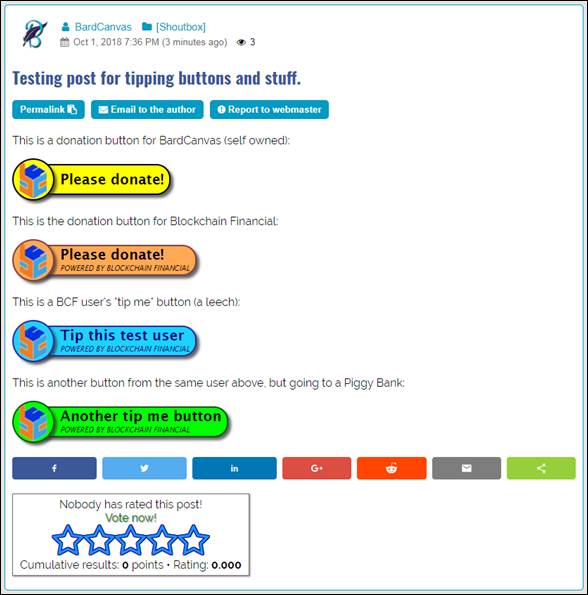 The widget for the first button (a standard button owned by BardCanvas at BCF, embedded at the BardCanvas website) looks like this: 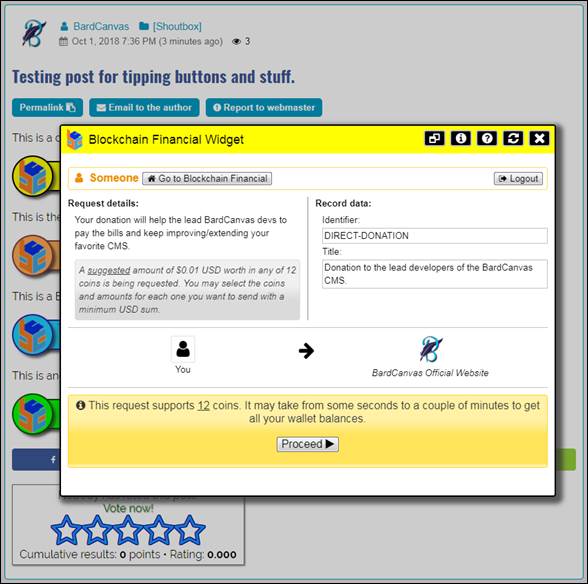 As you may  notice, if the user places an order, it will be straight from their wallets to the BardCanvas wallets. BardCanvas will pay the fee inbound fee.

The widget for a website-backed leech (the second button) looks like this: 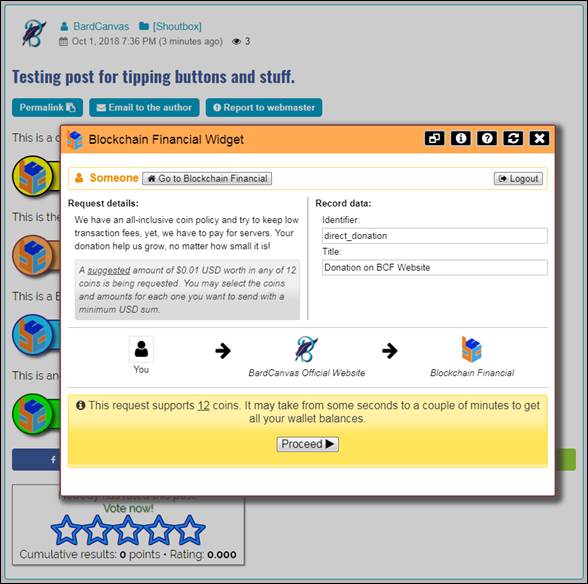 For  this case, Blockchain Financial has a leech on BardCanvas, thus, if a user donates, they’ll pay BardCanvas a leeching fee.

The third button is similar, it is a leech of the “Test Website” button at BCF: 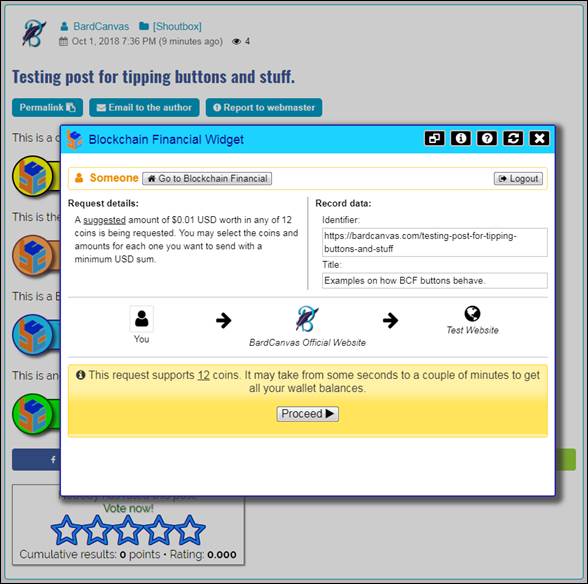 When a user donates to the “Test Website”, they’ll also pay the leeching fee to BardCanvas.

And finally, the fourth button,  a Piggy Bank leech is shown this way on the widget: 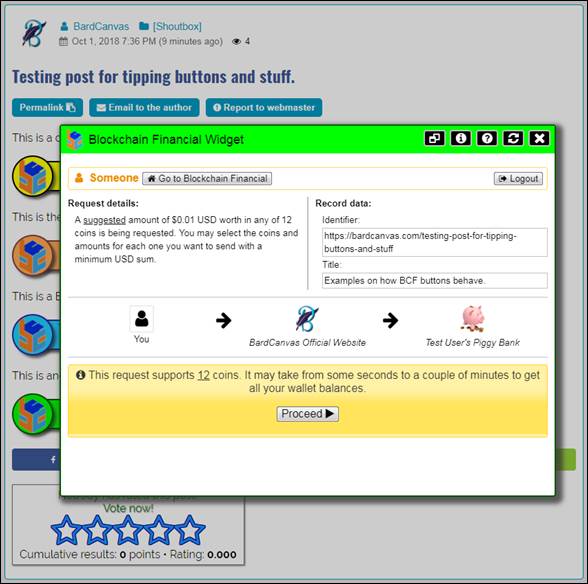 Here you can see that the user will send coins to the Test User’s Piggy Bank. So, as in the previous two cases, they will get the coins, pay the standard fee, and BardCanvas will get its compensation with the leeching fee. That’s all.

In short: if someone other than yourself receives coins with their buttons embedded in your website, you get the leeching fee as compensation for their income.

Note: leeching fee is additional, not deducted from the system transaction fee. Check the fees and rates page for the actual fee.

Go back to the manual index