We've been reached over Twitter by the BitCore staff. They asked us for the possibility to list BTX and after checking it out, we loved it. So we put our hands on it. After getting help from their dev team to build the wallet binaries, we synced the blockchain in a few minutes (it was a really FAST sync!), tested and, well, here it is!

BitCore is a Bitcoin Core based cryptocurrency that was launched on April 2017. It combines the latest additions to the Blockchain tecnologies, including SegWit, the v0.15 of the Bitcoin core and Bloom. The pretty things on BitCore start with its huge 20MB block size, 2.5 min block times and a < 1GB starting blockchain (stepping ahead of Bitcoin, Bitcoin Cash and Bitcoin Gold among other similar forks).

Bitcore is the first known cryptocurrency to use the hybrid fork method to distribute BTX to Bitcoin holders.

Instead of forking Bitcoin at a specific block and copying the blockchain, Bitcore created a new coin with an empty blockchain. On the 2nd of November 2017 a snapshot of the Bitcoin blockchain was created and in the following days approx. 5 000 000 transactions were created to fill all addresses (public keys) on the Bitcore blockchain, that had funds of 0.01 BTC or above on the Bitcoin chain. The funding ratio is 0.5 BTX : 1.0 BTC.

BitCore uses a difficulty algo different to Bitcoin's, and implemented Timetravel10 for mining, making the coin ASIC resistant. Yes, you can mine it!

The desktop wallet is pretty standard, so you wont have to dig to find a basic feature, and we're glad of it. 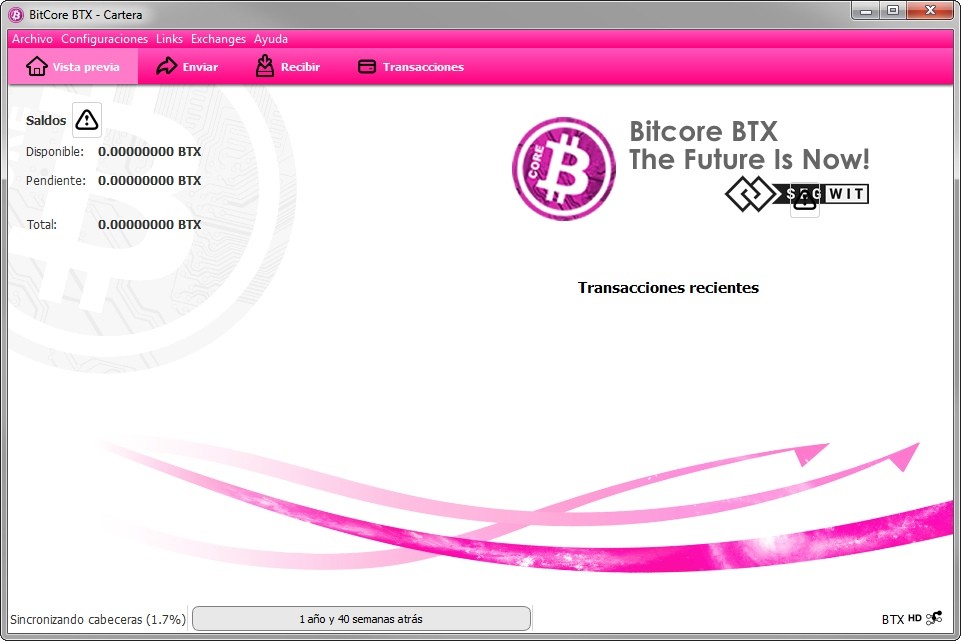 And mention us so we're notified!